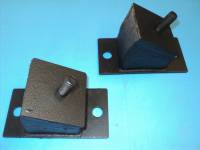 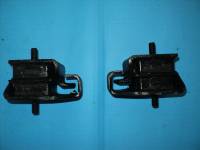 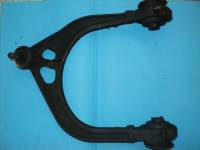 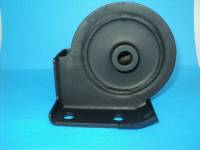 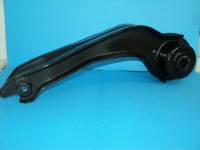 We offer this very popular service where we refurbish Engine Mounts, Suspension Mounts, suspension bushes using polyurethane. This division falls under our ISO9001:2015 procedures and process ensuring that you get a quality part.

High costs of replacement parts, hard to find bushes/mountings, or in some cases, the need to purchase a complete component simply to replace a small rubber part often force customers to find alternatives.

Make no mistake, polyurethane is not a direct replacement for a rubber or natural rubber mounting but is a fairly descent alternative.Where stiffness or strength needs to be improved, polyurethane is a great option, especially for the low pricing. Some suppliers will incorrectly tell you that one is better than the other, simply because they are only able to produce in one material. We produce in several and are experts in anti-vibration control so can advise the pros and cons of each material.

If we don’t have the part on record, we generally need to see the part to give you a rough idea of pricing. Ideally, bringing in the sample for an accurate quote or few emailed pictures can get you a rough estimate that will be confirmed when we see the sample.  Send inquiries to sales1@sndsa.co.za. Generally, for the refurbs, polyurethane works out really cost effective and a good option. Rubber options generally require higher setup costs or larger volumes.

The polyurethane engine mounts and polyurethane suspension bushes will be made or refurbished by open cast pouring with post curing process. There are low pressures and temperatures involved which means, if tooling or location jigs are needed, the costs can be kept really low.

If special tooling is required , we try to produce as cost effectively as possible. If components are not in too much of a bad state, we can often make a mould from the sample before we remove the existing or damaged material. More often than not, we are able to use the housing/metals as part of the mould and at the worst, machine small parts, for example to locate a center pin/bush.

Alternatively, we have a full tool room, from simple turned moulds, 3D printed ‘positives’ to full CNC’d tooling, all under one roof.

Once the tooling or location jigs are sorted, metals are prepared correctly to ensure good bonding, this is a very important stage. We then mix and pour the polyurethane into the mould or cavities, strip after set period and then post cure in the ovens for minimum period depending on the compound.

Polyurethane vs Rubber (Natural or Synthetic)

Urethane is a good alternative for the standard OEM rubber parts. Tooling or setup for polyurethane, is generally much cheaper than that of rubber. The poured and lower heat process of the urethane moulding, allows much cheaper tooling than the rubber options. Polyurethane uses low temperature, open cast pouring with post curing versus the rubber process which requires high heat and high pressure for curing/vulcanizing. The result is, simpler moulds can be made using a variety of materials for urethane whereas stronger tooling with heavier duty machining/design required for the rubber moulding process. Having said this, sometimes rubber works out more cost effective than the urethane options but will all depend on the item.

Natural/Synthetic Rubber is much more elastic and resilient and one of the most efficient materials for absorbing vibration. Remember that if the OEM manufactures using the Rubber variants, they have spend thousands of dollars in R&D to get the performance that they require from the mount/bush. Granted that in mass production, rubber can often be produced at a lower price than polyurethane.

Polyurethane has high abrasion resistance and can often be made to be stronger (by making harder or increasing the mountings volume/size). Urethane is not as elastic as the rubber options but still offers some descent absorption.

As manufacturers using both materials, we will advise the pros ad cons of both, we do not try push urethane as a better product as many suppliers do, simply because its the only material they can work with in their garage. We can offer the best or most affordable material for the job. Unfortunately these two do not always go hand in hand.